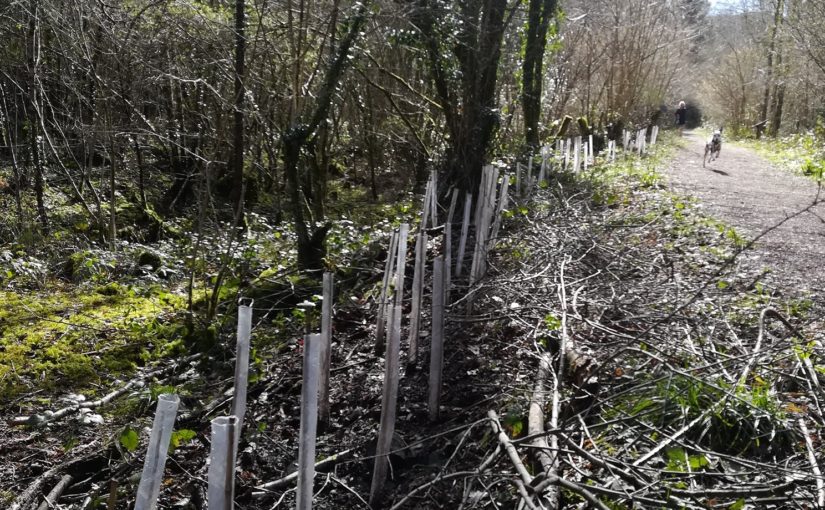 The Woodland Trust (the national woodland charity) is giving away hundreds of thousands of trees over the next 2 years to schools, communities and woodland trusts like ours.

We were very fortunate to receive a free pack of 420 saplings, a mix of hawthrorn, hazel, rowan, oak, holly, blackthorn, elder, dogwood, crab apple and willow. After a stirling effort by our team of volunteers we’ve planted nearly all of them (1 or 2 more final sessions next week). Most planting has been along the main path by our dormouse area to replace the naturally decayed dead hedging.

When fully grown the hedging will provide safe corridors and food for the new and visiting wildlife on the site.

Sunday 10th Feb, our team cleared some small scrub and thick bramble away from an interesting geological feature at the far south-west corner of our site.

Our resident geologist, Ben Evans of the British Institute for Geological Conservation (BIGC), gave us an informed summary of the spot, an exposed part of the geological sequence that would be in the region of the Cefn Coed Marine band and the Lower Pentre Coal Seam. The geology here dips away at about 550 towards the north west and the centre of the Coalfield.

“The prominent hard yellow looking layer is in fact an ironstone band where ironstone nodules have grown together to form hard brick like layers, directly above and below there are typical coal measures mudstones, probably containing fossil plant remains”

Somewhere in this bank, if the algae and surrounding soil was removed, you would probably find the Cefn Coed Marine band itself, I would expect this to be a thin particularly dark layer of sediment that might contain fish scales or small shellfish. This marine band represents a time during the Carboniferous period where the coal swamp was flooded with salt water, either as a result of sea level rise or as a result of the coal swamp delta slumping subsiding.

Towards the top of the picture and to the right, just behind that little tree you can see harder rocks that might be silt stones or fine sandstones, which would have been deposited by streams or river systems that meandered through the coal swamp.

At some stage we’ll try and excavate a bit more of the top soil away to show more of this exciting feature – as you may know, because of its unique geology our woodlands has Site of Special Scientific Interest status. 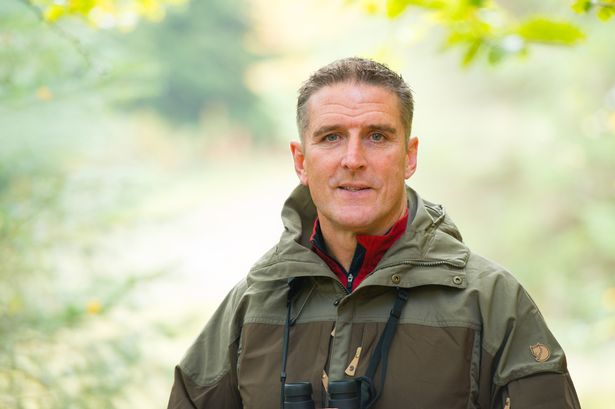 We are  delighted to announce that naturalist, broadcaster and author Iolo Williams has joined us as our Patron.

Iolo Williams is a Welsh naturalist, tv and radio broadcaster, public speaker and author who’s worked in conservation for over 30 years, from red kites to mountain gorillas and hen harriers to grizzly bears, he’s been fortunate enough to work with them all.

He is widely known as a popular member of Springwatch, Autumnwatch and Winterwatch and presenting other tv series such as Wild Wales, Rugged Wales and Great Welsh Parks for BBC2 as well as being President of Wildlife Trusts Wales. Prior to this he spent 15 years working within the RSPB a true champion for wildlife and wild places.

“I am thrilled to have been asked to act as Patron to this wonderful Charity.  This group of volunteers have worked tirelessly to improve this valuable woodland rescued from the threat of becoming landfill.  They have been looking after this amazing space, Coed y Werin, since 2002 with little outside help other than a dedicated bunch of hard working, enthusiastic, visionary volunteers and it’s fantastic to see what they have achieved”. 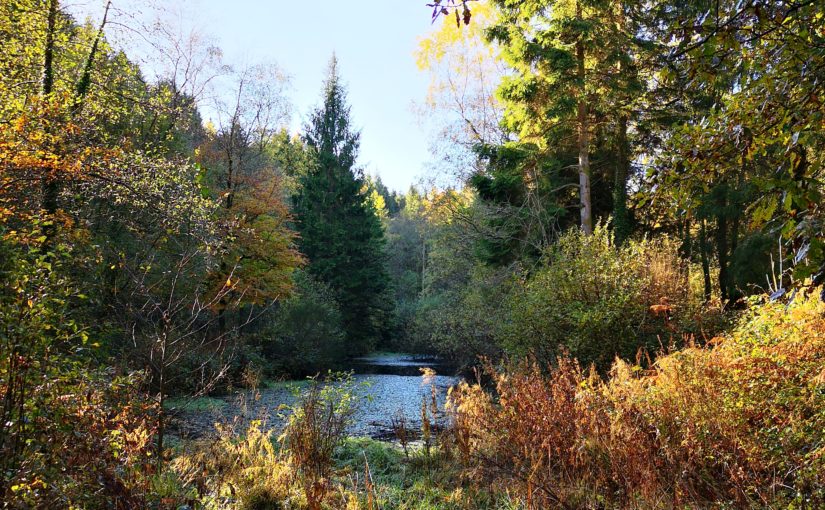 Vernon, a woodlands trust volunteer and trustee, and his family took a relaxed walk along our woodlands paths on the last day of term.

“There’s no better way to release the energy of stir crazy youngsters and their parents than a meandering walk around our woodlands on a beautiful day, looking at the beautiful colours, in such a beautiful environment”, Here are a few of the pictures taken that day.

I’m sure you’ll agree we have a little piece of heaven just here in our midst called Coed y Werin. 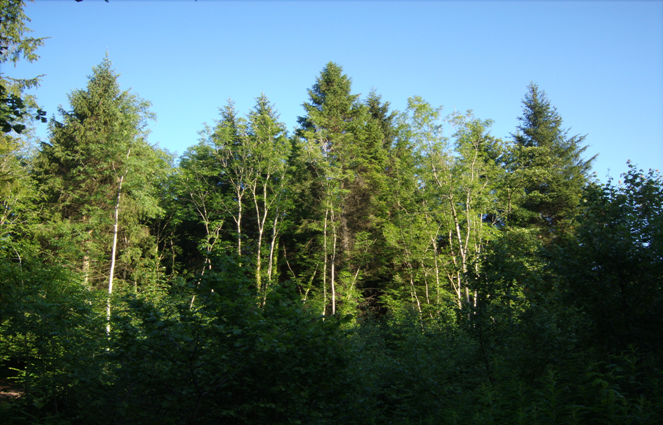 The beginning of life

Today, in our work session, we planted new trees in our woodland around the heather banking.

But did you know that trees clean our air, purify our soil and are the nurturing home to rare species that live there.  But there are also other tangible health benefits for being in the forests and woods too.

It’s also a place to recover the mind and soul, to contemplate and just sit a while. 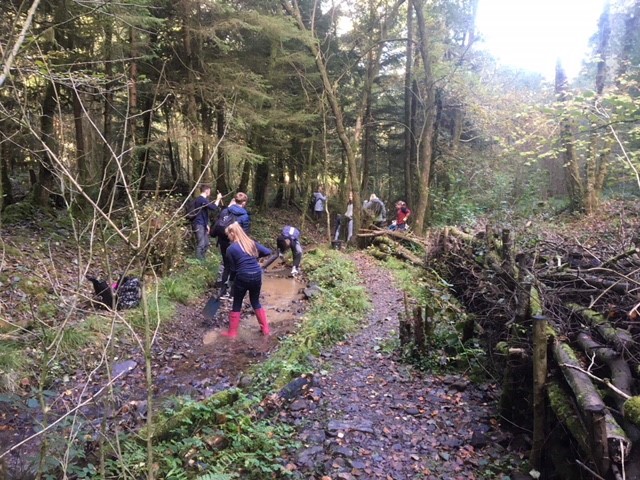 Another successful working month where students from travel and tour

ism of Coleg y Cymoedd, Ystrad gave their all in clearing the area around the heather bank, cutting back bramble behind the lovely bench, tidying the hedgerows around the Long Pond, clearing silt from the streams and cutting back generally along the paths.  The group found some great discoveries along the way which is always a joy and we hope to capture those in our gallery for our records.  Far right a pink waxcap found just along the bridal path. right and below pictures of the group hard at work. Ebb and Flow – Clearing the Silt for better flow. In nature ponds gradually silt up and need a little bit of management. Every year we have to get to grips with it.  Silt is primarily formed from the breakdown of dead plant leaves and similar material at the bottom of the pond

Clearing the bridal paths sensitively. Its important to make sure the vegetation does not encroach onto the route from the sides or above bearing in mind the difference clearances needed of different types of routed for users such as horse riders. Don’t stay in the dark like a mushroom.
We in Wales have a short timeframe to change the way we manage our land, otherwise the nature we rely on will crash.

Our economy, health and wellbeing all depend on a healthy natural environment, so we can’t afford to miss this opportunity.

Tell Welsh Government you want a new system that restores nature and benefits society, where people who work on the land, like our farmers, are incentivised to provide these benefits, or it just won’t happen. 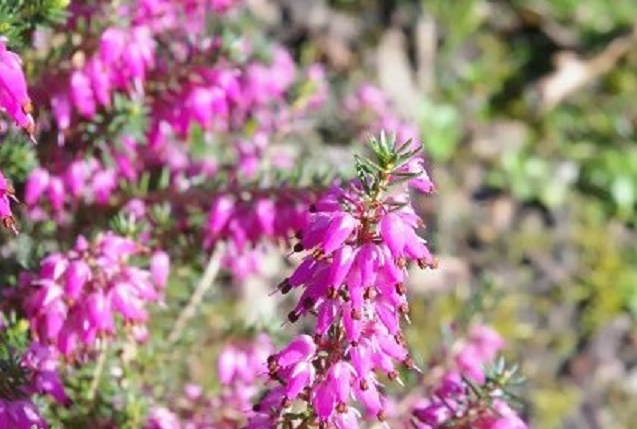 What a great start to the working season with perfect weather to tackle the overgrowth and the challenges the summer months had mustered up for us. ns about 18 months ago. We interfere as little as possible with nature but the heathers offer an attractive diverse flora to this area of the site.

Heather is also called ‘Ling’. You can find it on heaths, moors and bogs, where its delicate, loosely arranged pink flowers attract all kinds of nectar-loving insects.
Abundant in woodlands with acidic or peat soils, it’s delicate pink flowers appear from August to October and are a contrast to the tough, wiry, sprawling stems they grow upon. Plants grow tightly packed together and can live for up to 40 years or more. We also felled some trees that became unsafe during the odd weather we had this summer.

If you’d like to join us to help we are at Coed y Werin every Sunday morning between 10 and 12 (weather permitting) come and say hello! 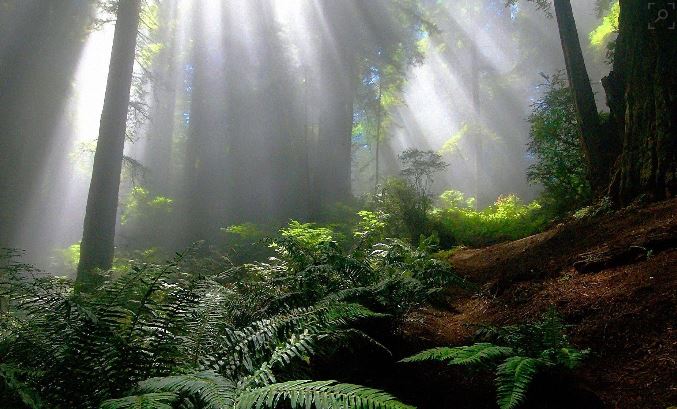 Join us for an enchanted journey through our woods and learn a little about nature and it’s treasures.

On Sunday 26 August 2018 the Trust will be holding an open event aimed at encouraging children young and not so young to get outdoors and learn more about our Woodland and countryside, the natural seasons for our Woods and it’s inhabitants.

Our free event the ‘Enchanted Woods’ will take place in Coed y Werin and whilst children, accompanied by their parents, are searching for the fairies, elves and perhaps the odd dragon that live within the Woods, they’ll also be learning about our diverse native Woodland species that live amongst the wildflowers, fungi, fruits, seeds and most importantly nature’s intricate ever perpetuating cycle of life.

It’ll be an opportunity for young and not so young to find out how to get involved in volunteering and supporting this great Trust. 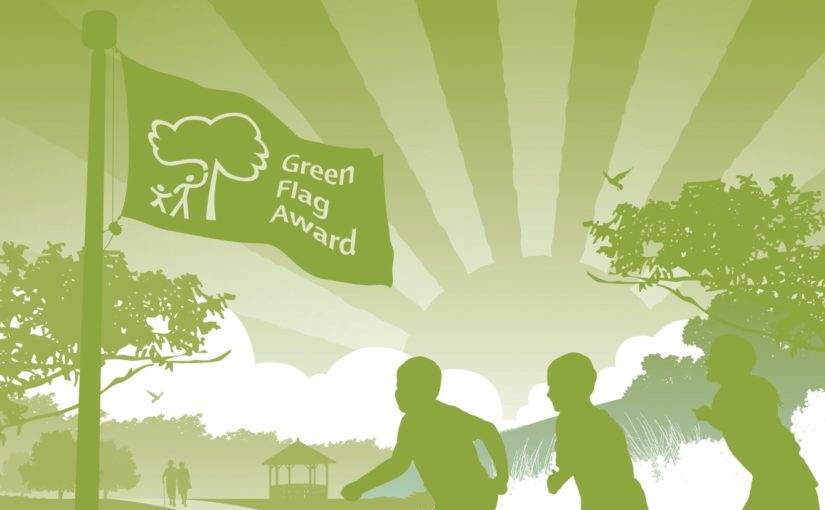 Coed y Werin, a local Woodland on the edge of Caerphilly has been awarded a Green Flag Community Award – an accolade which officially makes it one of the best green spaces in the country.

Avril Owen, Chair of the Caerphilly Woodlands Trust said: “This award recognises and highlights the tremendous effort invested by trustees, members and volunteers – and those efforts go on to benefit visitors and Caerphilly in general with a wonderful green space of the very highest standard and quality so I’m thrilled to receive this award on behalf of our group”.

Coed y Werin is privately owned by the Caerphilly Woodlands Trust and is designated a Site of Special Scientific Interest (SSSI).  The land, once known as ‘the claypits’ renamed ‘Coed y Werin’ – ‘Peoples Woods’, was purchased by the Trust in 2002 to prevent the site from being used as landfill.   The clay was extracted and transported a short distance away for making bricks at Wernddu Brickworks (where now only one brick chimney stack remains, a grade II listed building)

Today Coed y Werin is now a rich terrestrial habitat for wildlife, home and safe haven to some of the most endangered species in the UK which are all carefully managed by the group’s members and volunteers. A place where one can learn new skills, meet new people and stay fit doing practical and enjoyable work in the fresh air in one of the trust’s work parties

In addition to the woodlands many trees, flora and fauna, Coed y Werin has many charming spaces to explore.  You may wish to sit aside the long pond, one of two ponds on the site, and skim a pebble or two. Or perhaps stop a moment in the tranquillity of ‘waterfall way’, a popular attraction for solace and to just sit and contemplate. Maybe meander over the old brick bridge that once straddled the now hidden and long forgotten 24-inch narrow gauge track that in the not so distant past ferried clay to make bricks at the Wernddu brickworks of which many local miners houses were built before the company ceased production in 1951.

Perhaps the more adventurous would seek out the geocache secreted within the Woods but whatever your motivation you’ll find Coed y Werin a magical place to visit be it to help wind down from the rigours of a busy working day or to briskly blow away life’s cobwebs.

On Sunday 26 August 2018 the Trust will be holding an open event aimed at encouraging children young and not so young to get outdoors and learn more about our Woodland and countryside, the natural seasons for Woods and it’s inhabitants. The free event ‘The Enchanted Woods’ will take place in Coed y Werin and whilst children, accompanied by their parents, are searching for the fairies, elves and perhaps the odd dragon that live within the Woods, they’ll also be learning about our diverse native Woodland species that live amongst the wildflowers, fungi, fruits, seeds and most importantly nature’s intricate ever perpetuating cycle of life.

The Green Flag Award programme is delivered in Wales by environmental charity, Keep Wales Tidy, with support from Welsh Government. It is judged by green space experts, who volunteer their time to visit applicant sites and assess them against eight strict criteria, including horticultural standards, cleanliness, environmental management and community involvement.

Lucy Prisk, Green Flag Coordinator at Keep Wales Tidy said:   “We’re delighted to be celebrating another record-breaking year for the Green Flag Awards in Wales. All the flags flying at community sites are a testament to the dedication and enthusiasm of local volunteers who work tirelessly to raise the standard of our green spaces. I’d encourage everyone to get outdoors this summer and enjoy the fantastic facilities we have on our doorstep.”